If you are in crisis right now – you have the power to get help. Call 911 or 1-800-656-HOPE  Rape, Abuse & Incest National Network ohl.rainn.org/online or Sexual Assault Assistance Program of the Treasure Coast 1.866.828.7273 Confidential Rape Hotline

If you need help with a domestic violence situation, Safe Space of the Treasure Coast is just a phone call away 24 hours a day. (800) 500-1119 www.safespacefl.org. All calls are confidential, free and secure. 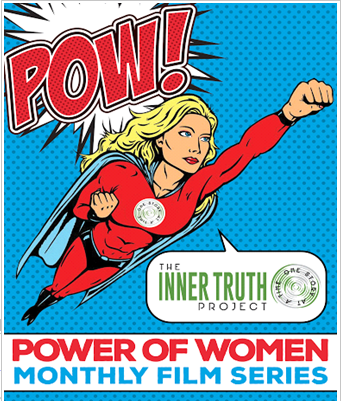 POW! Power of Women Film Series is a monthly fundraising film series at The Inner Truth Project. We search far and wide to bring films to the Treasure Coast that ask the tough questions, push the boundaries and invoke the emotions that exist in us all. Some of the films topics are directly from today’s headlines, such as dealing with sexual assault on college campuses and attempts at cover-ups of rape on military bases.

Other films explore social constructs of gender and social class. Our films will make you ask questions, take action and demand answers. Many of the films in our series are being shown in our area for the first time and we are proud to work directly with the producers and film makers to introduce new audiences, both male and female, to this amazing partnership! Enjoy the show.

Hi! Have questions about a support group or therapy?

Feel free to email us now at info@innertruthproject.org

Or fill out the form below to get updates about upcoming workshops and events. We are happy to help.